Uzbekistan at the Olympic Games: Results of the first day 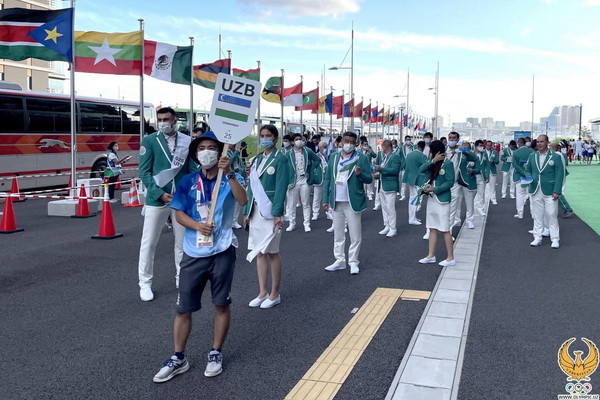 Boxer Shakhnoza Yunusova and fencer Malika Khakimova completed their participation at the 2020 Olympics.

Malika Khakimova performed with a sword against Yiven Sun from China. The matcb ended in favor of the athlete from China with a score of 15:10.

Shakhnoza Khakimova lost in the ring to Karolina Kosevskaya from Poland.

The Olympiad also ended for the judoist Sharofiddin Lutfillaev in the weight category up to 60 kg. He went to the tatami against Artem Lesiuk from Ukraine and lost to him in the first fight.

Boxer Sanjar Tursunov also missed the chance in the weight category up to 91 kg. He fought his first and only fight in the Olympic Games-2020 against Abdulhafid Benchably from Algeria. In the second round, Tursunov had the advantage. However, in the remaining rounds, Sanjar lost. The victory was won by an athlete from Algeria.

Uzbekistan tennis player Denis Istomin also missed his chance to win an award at the Olympic Games in Tokyo. In a duel, he lost to his rival Sumit Nagal from India with a score of 1:2 and is now forced to leave the Olympics.

Gymnast Rasuljon Abdurakhimov in the qualifying round of the all-around competition could not score the required number of points to advance to the next stage.