The tourism potential of Uzbekistan presented in Athens 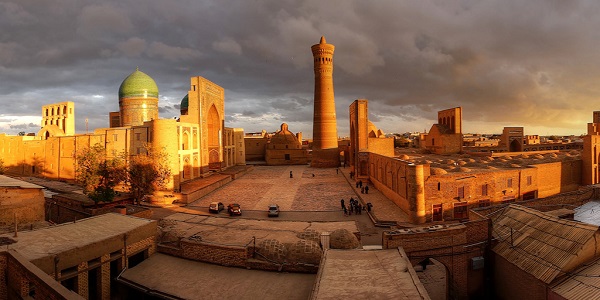 The event was organized jointly with the Greece – Uzbekistan Friendship Society and the Greco-Eurasian Alliance.

Popular tour operators, representatives of official authorities, scientific, academic and business circles, the media and the public of Greece attended the event.

The guests were informed about the modern development of the tourism industry in Uzbekistan, the rich historical and cultural heritage and the ancient architecture of the country. Special attention was paid to the tourism opportunities of Samarkand region, the land of which is famous for its ancient history, numerous monuments and original culture. It was emphasized that there are world-famous cultural sites in Samarkand that are included in the UNESCO intangible cultural heritage list.

It was noted that the candidacy of Uzbekistan was nominated to the Executive Council of the World Tourism Organization (UNWTO), and as the host country of the 25th Assembly of the organization.

Chairman of Greece – Uzbekistan Friendship Society Dimitris Bakolas emphasized that Uzbekistan is becoming an increasingly popular tourist destination in the world from year to year, which is greatly facilitated by the country’s policy of openness and cooperation.

He also named the unique culture, variety of natural landscapes, national cuisine and the invariable hospitality of the Uzbek people as attractive factors.