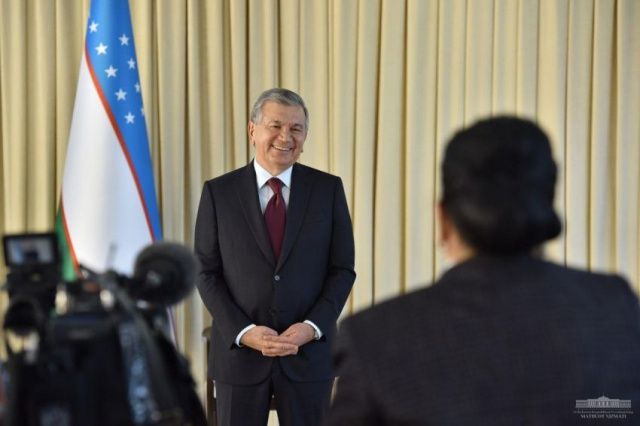 Bektemir district provides 10 percent of the industrial production of the city of Tashkent. Since the beginning of this year, the production of industrial goods in the district has grown by 9 percent, the provision of services by 8 percent, exports have increased by 11 percent.

Issues of finding new “growth points” and improving the life of the district’s population were discussed at the meeting.

For example, it is planned to transfer 1,639 hectares from the territory of Urtachirchiq and Yuqorichirchiq districts of Tashkent region to Bektemir district. As a result, the total area of the district will reach 3,472 hectares. Thanks to this, it will be possible to create new industries and service facilities, thousands of jobs.
In the next three years, it is planned to implement 61 investment projects in the district worth 3.3 trillion UZS. In particular, this year 52 investment projects will be launched with creation of more than 2.7 thousand jobs.
The unemployment rate in the district is 3.3 percent, of which 1.7 percent for women and 1.5 percent for youth. The shortage of preschool education institutions, the poor condition of roads in a number of makhallas, and shortcomings in the operation of utilities have been indicated.
Instructions were given to increase the employment of young people and women, reduce poverty and provide housing for families in need.
Issues of intensive development of the service sector, construction of new social facilities, construction and repair of communal networks, preparation of housing stock for the autumn/winter season have been considered.
The Head of the state talked with the chairmen of makhallas, youth leaders.