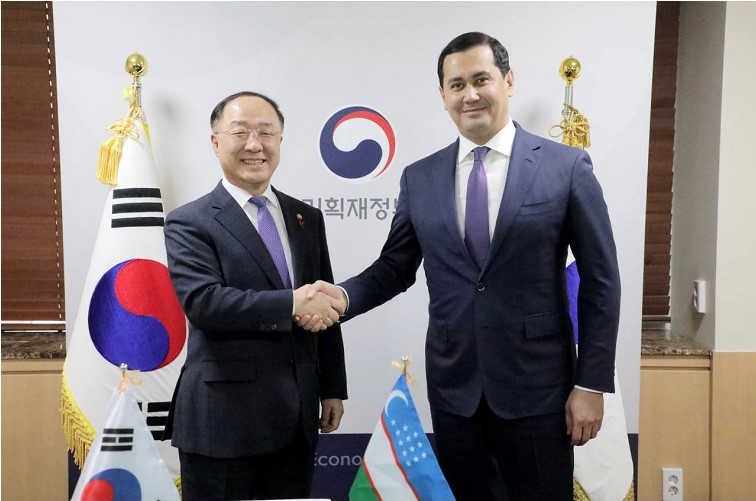 According to Uzbekistan MIFT, the sides discussed an extensive agenda of multifaceted Uzbek-Korean cooperation as well as the results achieved in promoting investment, trade, economic, cultural and humanitarian partnership between the two countries.

Mutual willingness was expressed to intensify work on reviewing and agreeing on a number of new investment projects in the fields of energy, geology, electrical engineering, pharmaceuticals and healthcare, which are currently under study.

Further steps in cooperation with the Economic Development Promotion Facility (EDPF) were outlined, with a view to working together on new projects in the fields of nuclear medicine, biopharmaceuticals, electronics and infrastructure development.

It was agreed that the parties will take practical measures to accelerate the execution of projects implemented jointly with the Economic Development and Cooperation Fund EDCF under the new Cooperation Program for 2021-2023.

The successful signing of the new Cooperation Program with the Korea International Cooperation Agency KOICA for 2022-2024 was noted.

The parties welcomed the progress in the negotiation of the Free Trade Agreement, noting that this step will give a tangible impetus to the further development of trade and economic cooperation between the two countries.

The prospects for cooperation under the Official Development Assistance Program were discussed separately, with a view to implementing new projects in the fields of agriculture, agricultural engineering and the development of electric transport.

At the end of the meeting, the parties mutually recognized a broad front for further joint work and expressed their commitment to active interaction on the implementation of agreed projects and initiatives, as well as the development of new constructive proposals for deepening bilateral cooperation.