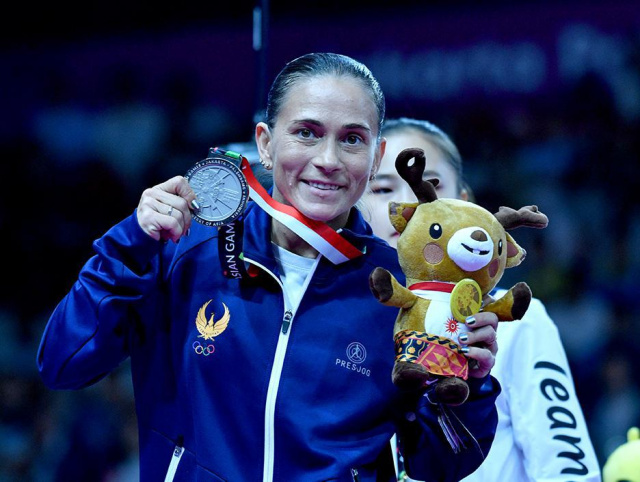 The National Olympic Committee has held a competition to determine the best athlete of Uzbekistan for the last decade.
On August 20-24, sports fans voted for the top five athletes of 2011-2020. According to the results, the legendary athlete Oksana Chusovitina got the first place, gaining 35,639 votes (36%) out of about 100 thousand.
The owner of WBO and IBF professional boxing belts Murodjon Akhmadaliyev became the second with 29,176 votes (29%). The next places were taken by Ruslan Nurudinov – 15,842 votes (16%), Rishod Sobirov – 11,494 votes (11%) and Shakhobiddin Zairov – 7,760 votes (8%).
Oksana Chusovitina was born on June 19, 1975 in Bukhara. In the history of gymnastics, she is the only gymnast to have participated in seven Summer Olympics (1992, 1996, 2000, 2004, 2008, 2012 and 2016). Oksana is a gold medalist of 1992 Olympic Games in Barcelona. Chusovitina’s strongest event has always been vault, where she has won nine World medals.
In 2019, she won a license for Tokyo Olympic Games by participating in Gymnastics World Championships in Germany. Tokyo Olympics will be the eighth for Oksana Chusovitina.
Oksana Chusovitina’s contribution to development of sports in Uzbekistan is highly appreciated by the state. She was awarded the honorary titles of honored female athlete of the Republic of Uzbekistan, Uzbekiston Iftikhori, the orders Dustlik, Mehnat Shukhrati, El-Yurt Hurmati.