MEETING WITH THE ODIHR DIRECTOR 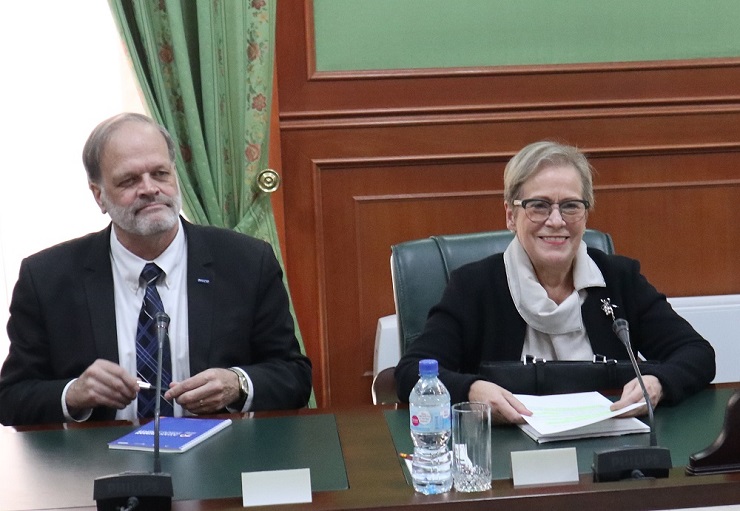 On November 26, 2018, the First Deputy Minister of Foreign Affairs of the Republic of Uzbekistan Ilkhom Nematov met with the Director of the OSCE Office for Democratic Institutions and Human Rights Ingibjörg Sólrún Gísladóttir.

At the meeting, the state and prospects of development of cooperation between Uzbekistan and the ODIHR in various areas were discussed.

Ingibjörg Sólrún Gísladóttir expressed gratitude to the leadership of Uzbekistan for inviting to the Asian Forum on Human Rights, which was held in Samarkand, and shared her impressions of participation in its work.

According to her, the forum became a clear indication of the expanding interaction of Uzbekistan with human rights intergovernmental and non-governmental organizations, confirming the growing interest of the world community to the ongoing large-scale reforms in Uzbekistan.

The Director of the ODIHR highly appreciated the changes in Uzbekistan within the framework of the adopted Action Strategy for 2017-2021. She stated that the document is comprehensive, provides for fundamental changes in all spheres of life in the country, as well as fully complies with the OSCE goals.

At the meeting, the parties exchanged views on other issues of the agenda.