MIFT: The advantages and challenges of Uzbekistan's accession to the WTO were considered in Tashkent 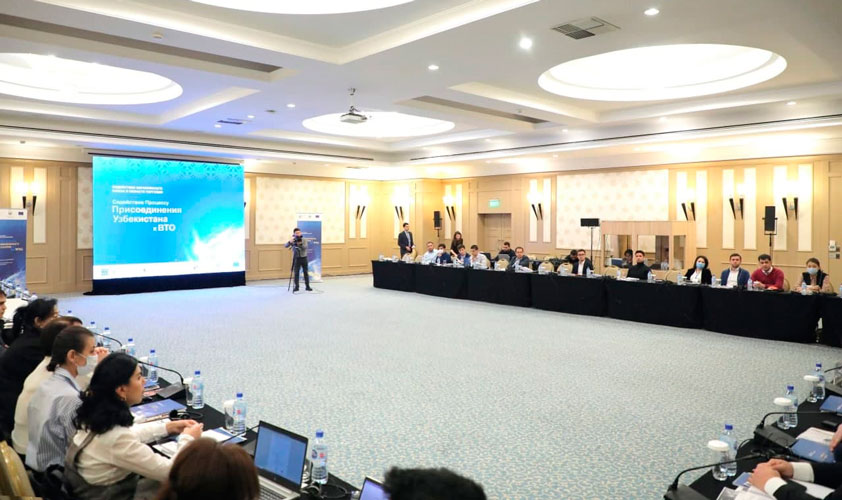 TASHKENT, November 15. /“Dunyo” IA/. From 10 to 12 November this year in Tashkent, trainings on "Balance of Payments and Trade Policy in the Framework of Accession to the World Trade Organization" and a seminar for private sector representatives on "Accession to the World Trade Organization, WTO rules on trade in services and domestic support" were held, reports “Dunyo” IA correspondent.

According to the MIFT, the events were organized in the framework of the 'Support to WTO Accession Process in Uzbekistan' programme funded by the European Union. Representatives of the Negotiating Team on Uzbekistan’s WTO Accession, headed by Deputy Minister of Investments and Foreign Trade B.Abidov, experts of the International Trade Centre UNCTAD/WTO, representatives of ministries, industry and business associations as well as the private sector took part in the events.

In the course of the events, presentations of foreign experts were made, in which advantages and challenges of the country's accession to the WTO, the role of the private sector in this process, directions of technical support to Uzbek businesses under the program "Assistance to Uzbekistan in Accession to the WTO" were disclosed. The participants were also familiarized with agreements regulating trade in services within the WTO, peculiarities of negotiations on trade in services and aspects of interaction between the private sector and the government during the negotiations.

Measures to support domestic producers and mechanisms to protect them from unfair competition by foreign suppliers, using specific case studies, as well as the impact of WTO accession on the services sector were discussed.

The possibilities of applying restrictive measures by the state in cases of public health, combating illegal trade, maintaining the balance of payments and other situations were also explored.