History Wall dedicated to the 2400-year history of Khodjeyli 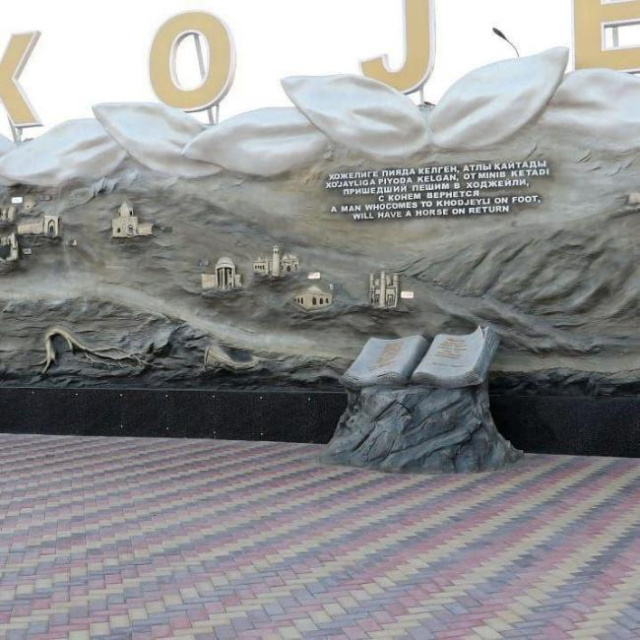 On the eve of Uzbekistan’s Independence Day, a History Wall was erected in Khodjeyli district, where an exhibition dedicated to the 2400-year history of the district is presented.

Khodjeyli is considered one of the most ancient cities in Central Asia. Khodjeyli is also called Mizdakhan in written sources of middle ages. This area is mentioned in writings of Arab geographers Ibn Rusta and Al Istrakhi who lived here in the 10th century. According to Al Maqdisi, Mizdakhan was the central city of 12 thousand feudal strongholds.
The oldest part of the city is known as Gaur Qala (Gaur citadel) and is a hill with an area of more than nine hectares.
The walls of new fortress were built and hokim’s palaces were erected in the IX-XI centuries. Ancient Chinese coins, porcelain products of peoples of Mediterranean Sea, elements of culture of peoples of Volga region were found here. Consequently, Mizdakhan connected East and West.
Khodjeyli is one of the five most famous cities. There is scientific evidence that humans first settled here more than 2,400 years ago. The city received the name Khodjeyli in the XVII century. Khodjeyli is also known in the history as Antakiya. The caravans of the Great Silk Road passed directly through Khodjeyli.
The wall, which serves as a monument to the history of Khodjeyli, depicts Mizdakhan Cultural Monuments Complex, which is considered the hallmark of Khodjeyli. It includes Mazlukhansuluv Mausoleum, tomb of Shamun Nabi, hill of Jumart-Kassab, house of Erejep Halfa. There is an inscription on the wall: “A man, who comes to Khodjeyli on foot, will have a horse on return”.
Khodjeyli district was established in 1927 and has more than 123 thousand residents.