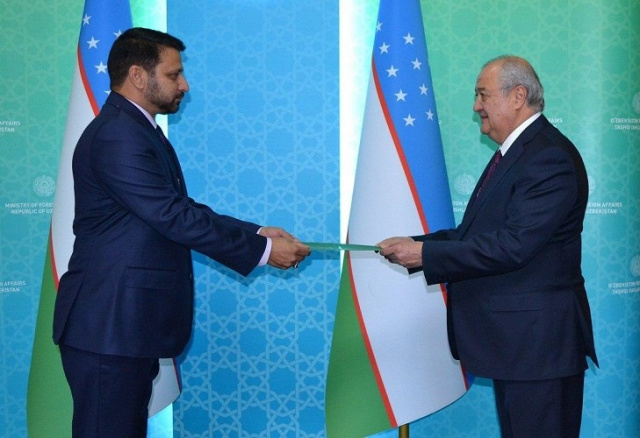 The Minister accepted copies of the Ambassador's credentials.
The parties discussed the state and priority areas for further development of Uzbekistan – Pakistan relations, as well as interaction within the UN, SCO, OIC and other international organizations.
The sides exchanged views on issues related to the activation of political, trade-economic, investment, cultural-humanitarian relations, as well as on the schedule of the upcoming contacts at various levels.
The dynamic growth of mutual trade turnover, as well as huge potential for further increasing the volume of bilateral trade was noted with satisfaction.
They expressed interest in establishing a dialogue between the legislative bodies of the two countries.
Special attention was paid to enhancing cooperation to promote the peace process in Afghanistan, implementation of transport-communication and energy projects in this country.
Views were also exchanged on certain issues on the international and regional agenda.