The President of Uzbekistan: Young people, talented or not, are all our children 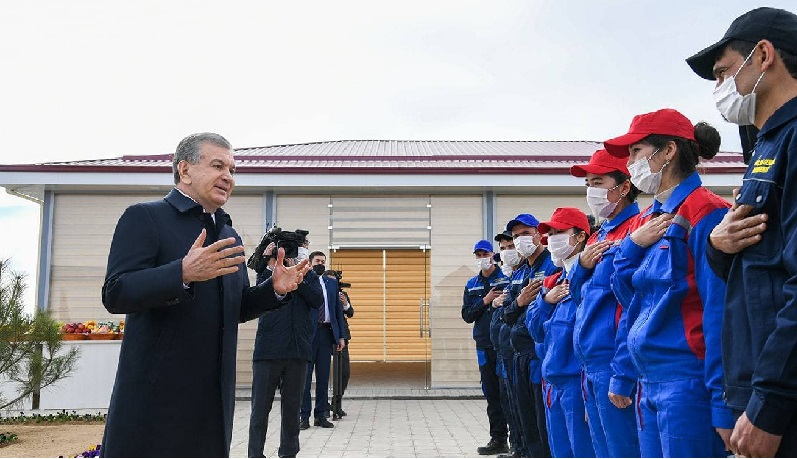 According to the Press Service of the President of the Republic of Uzbekistan, during his last trip to the region in June 2020, the Head of the state noted the prospects for the specialization of Kasansay, Chartak and Yangikurgan districts in gardening. And on January 11 this year, the President signed a resolution “On measures for the development of fruit and vegetable growing and viticulture in Kasansay, Chartak and Yangikurgan districts of Namangan region”.

The document defines the forecast indicators for the reduction of grain areas, the creation of intensive orchards and vineyards, the cultivation of vegetables, potatoes, legumes and oilseeds. Taking this into account, modern gardens and vineyards are being created in these mountainous areas.

Among them is the garden of LLC Sura General Investments in Yangikurgan. Previously, the local land was not irrigated and was used ineffectively. An intensive garden of 103 hectares was laid here at the expense of million of direct investment from the UAE.

First, water extraction from a depth of 250 meters was established. A pool was dug and a drip irrigation system was installed. Last year, seedlings were brought from Italy. Cherry trees were planted on 48 hectares, apricots on 26 hectares, peaches on 22 hectares and plums on 7 hectares.

The President inquired about the economic efficiency of the garden. It was noted that the yield of an intensive garden is 3 times higher than with a traditional method of gardening. Thanks to the drip irrigation system, you can save 2 times more water.

The trees will start bearing fruit next year. The annual capacity of the garden will be 5 thousand tons. It is planned to export products worth million. The company plans to create gardens for another thousand hectares.

The garden employs 40 people. Unemployed youth were allocated plots for growing vegetables between the rows.

The Head of the state talked with young people.

“I am pleased to see that you have a job. My biggest goal is for you to find your way, have a job, a source of income, and see the wellbeing of your children. To do this, you need to study more and strive for new frontiers”, Shavkat Mirziyoyev said.

It was noted that 160 thousand people from Namangan region went abroad in search of work, and as a result of the opportunities created today, 100 thousand of them returned to the country.

“If young people have a clear idea of their path, they have strength. Don’t get upset about difficulties and trials. A person who has gone through the school of life looks at the world differently. Young people, talented or not, are all our children. Therefore, such purposeful, not indifferent to their future, hardworking young people like you should be an example for others”, the President said.

The Head of the state talked with an investor of the intensive garden.

The President was presented agricultural projects to be implemented in Namangan region.