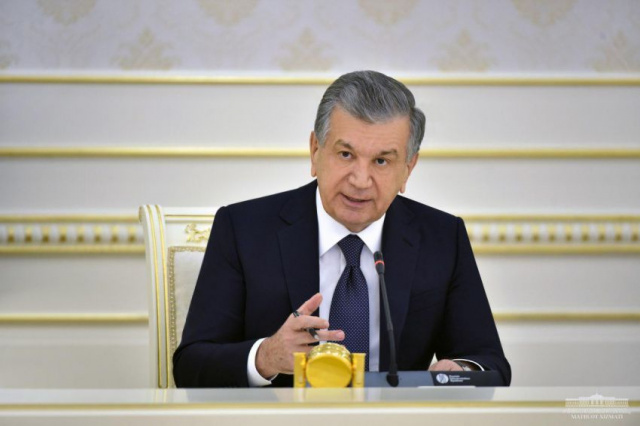 President of the Republic of Uzbekistan Shavkat Mirziyoyev has chaired a videoconference to discuss measures for development of entrepreneurship in the regions and unconditional provision of budget revenues.

The Head of the state noted that the only way to emerge from the pandemic stronger is to create a favorable environment for small business and entrepreneurship.
As it was noted at the meeting, despite the difficult situation, necessary measures are being taken to fully support this sphere, but the relevant work at places leaves much to be desired.
As a result of softening the quarantine requirements, enterprises have resumed their activities. However, it is necessary to revive the activities of 69 thousand entrepreneurs. Local managers are responsible for ensuring the operation of at least 70 percent of enterprises according to the results of 9 months, and by the end of the year – all these entities.
Responsible persons at the national level are instructed to carry out systemic work with enterprises that have decreased revenue while traveling to the regions.
It was noted that entrepreneurs in working conditions in accordance with quarantine rules face unclear and contradictory requirements from sanitary and fire protection authorities. Therefore, based on the appeals and proposals of entrepreneurs, it was instructed to review the existing procedures and clearly explain the procedure for working in the media and social networks. 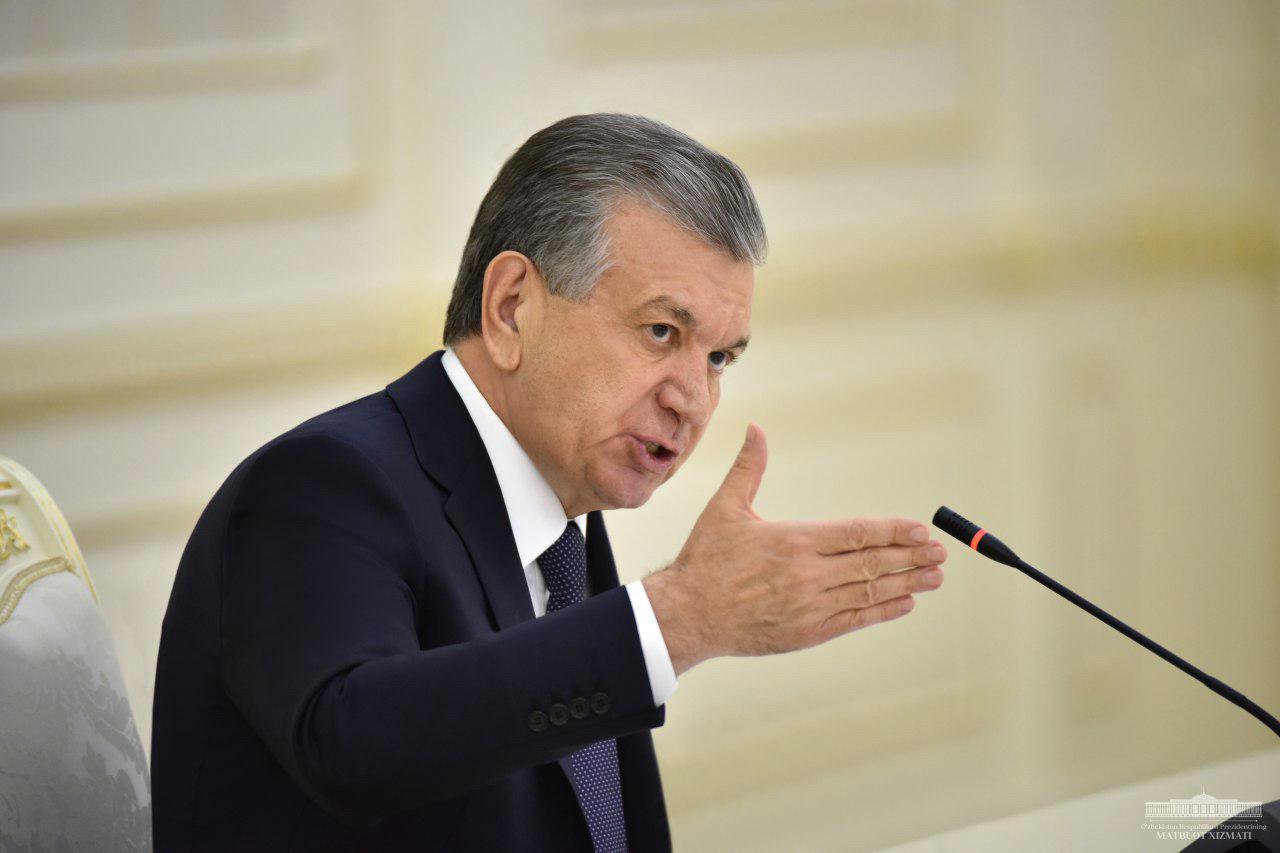 23 thousand or 24 percent of the total number of entrepreneurs that have been registered last year do not work today. Responsible managers are instructed to establish a dialogue with them and take measures to resume their activities as soon as possible.
It was noted that at the same time it is necessary to create broader conditions for entrepreneurs, solve their issues, including those related to electricity, gas, water supply, road infrastructure, and lending.
The task was set to develop a completely new system of supporting small businesses starting their activities. This includes training entrepreneurs in special courses, registering an enterprise, allocating grants to cover costs in purchasing equipment. It was emphasized that to ensure the vertical implementation of this system, it is necessary to create district divisions of the Business Development Agency, which currently works only at the national level.
Improving infrastructure, rational use of land resources and buildings, proper organization of management and public transport in 31 medium-sized cities that have great potential for development of the service sector, creating numerous and high-paying jobs will give an impetus to the growth of incomes of the population.
Instructions were given to turn these cities into the centers of the service sector, to develop a program of targeted measures.
As a result of efforts made in recent years to reform the tax system, enterprises have 12 trillion UZS left at their disposal in 2019.
It is expected that 11 trillion UZS will remain in 2020. Now the State Tax Committee faces a new task – to create a system “Tax service – entrepreneur's assistant”.
In addition, a mechanism for returning part of the value-added tax to entrepreneurs will be introduced for the first time starting July 1. This innovation will allow them to save 700 billion UZS in working capital in the third quarter of this year.
In this regard, responsible persons have a task to bring to the attention of all entrepreneurs the possibilities of new system and effectively organize it in all regions.
In addition, the President noted the remaining local obstacles to allocation of land, buildings and structures. It was instructed to speed up the process of putting them up for public auction and electronic auction.
– People should feel the changes in the sphere. It is necessary to widely cover this issue on television and in social networks, – said Shavkat Mirziyoyev.

Another important issue is ensuring the execution of revenue part of the budget. The Head of the state gave a number of instructions to improve the effectiveness of measures in this direction.
Ongoing activities to reduce poverty were also considered at the meeting. The President noted the need for employing members of at least 257,000 low-income families and providing loans to 37,000 families within the framework of family entrepreneurship programs.
Sectors with the lowest employment rate for the poor are listed, and penalties have been taken against their managers.
In particular, Fergana district’s khokim Nosirov, Yakkabag district’s prosecutor Mustafayev, heads of Guzar and Chartak districts departments of Internal Affairs Rakhmonov and Abdurayimov, heads of Tax Inspections of Mubarak district and the city of Kokand Temirov and Turdikulov are released from their posts.
Shurchi district’s khokim Khudaybergenov, heads of Internal Affairs Departments of Kattakurgan, Kasan and Payaryk districts Otamurodov, Otakulov and Shermukhamedov, heads of Tax Inspections of Narpay, Gallaorol districts and the city of Gulistan Dehkanov, Mamayev and Rajabov received a strict reprimand. 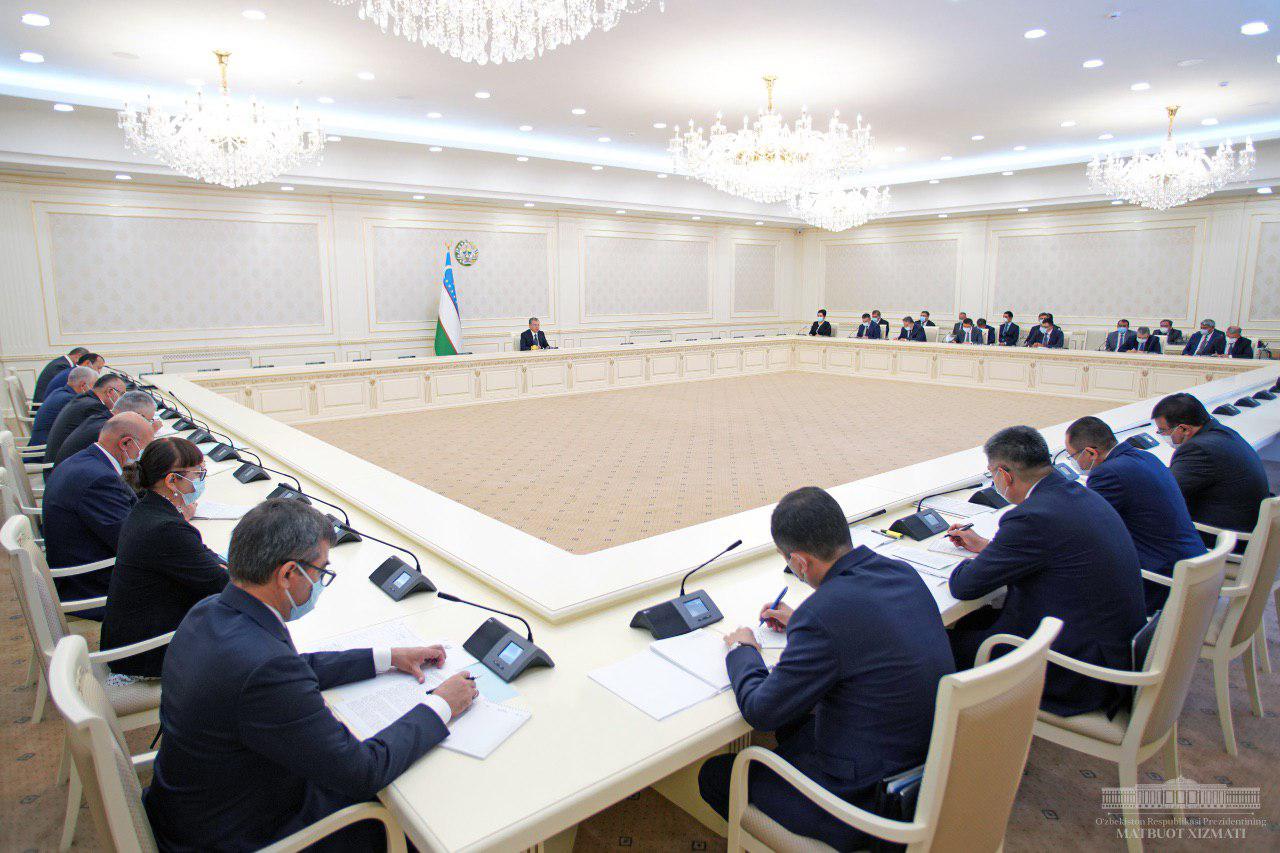