The budget will be accessible and understandable to all 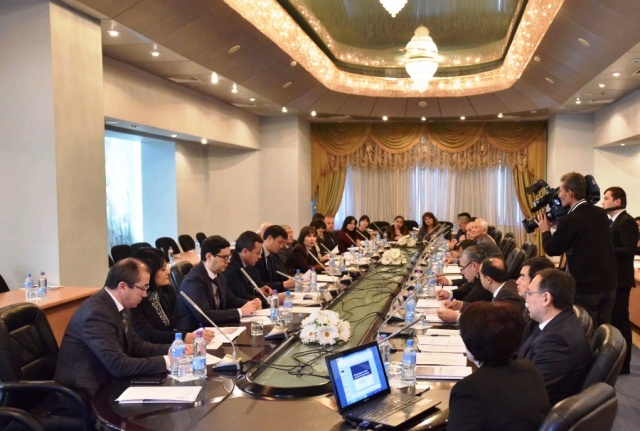 A “round table” on discussion of the Concept of preparation and publication of the State budget for citizens was held at “Poytaht” business center, in Tashkent. The event was organized within the framework of implementation of the joint project of the United Nations Development Programme and the Ministry of Finance of the Republic of Uzbekistan “Support the public finance management reform in Uzbekistan”.

According to the Budget Code of the Republic of Uzbekistan, adopted in 2013, openness is one of the main principles of the budget system of our country. This principle provides openness for society and the mass media in preparation, consideration and adoption of the State budget, publication of information on the approved budget, the budgets of state trust funds and the progress of their implementation.

Implementation of this principle is particularly relevant in the context of the Action Strategy adopted this year and the announcement of 2017 as the Year of dialogue with people and human interests. The new initiatives underscore the need to disclose information and introduce mechanisms of involving citizens in the process of consideration, adoption and implementation of the State budget and budgets of state trust funds.

Establishment of a dialogue with citizens will not only help to increase the effectiveness of the budget process, but, first of all, ensure broad informing of citizens about the budget system, formation and execution of budgets of all levels, budgets of state trust funds. This will improve the understanding of the goals and priorities of the budgetary policy, as well as simplify involvement of citizens in the process of discussing the budget and taking control over its implementation.

To this end, the Concept of the budget for citizens, aimed at providing citizens with information on priorities of the budget policy, the parameters of the budget system of the Republic of Uzbekistan and the results of using budgetary funds in an understandable and accessible form, was developed.

It should be noted that the budget for citizens is a simplified version of a budget document that uses the informal language and available formats in order to make it easier for them to understand the budget. Such a simplified version contains information and analytical material available to a wide range of unprepared users: the budget and budget process basics, budget execution, the draft budget, the state programs, public hearings and other information for citizens.

Participants of the event were presented the main provisions of the Concept of preparation and publication of the budget for citizens. In particular, the main target groups of the “civil budget”, its content and structure, forms, ways and means of its presentation, as well as the terms of publication and distribution channels were explained in detail.