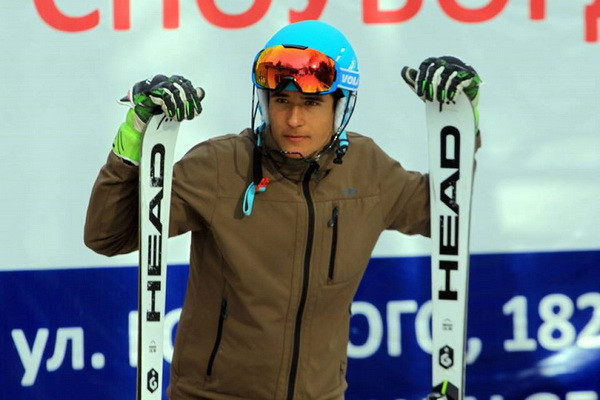 The athlete, within the framework of performances in qualifying competitions in terms of the amount of points, fulfilled the established standards in the disciplines "slalom" and "giant slalom" to obtain the right to participate in the 2022 Olympics.

"The strategic planning by the Federation of the participation of an athlete in international competitions from the beginning of the qualification period, and financial support from the Yangiabad Tourist Base", noted the leadership of the Federation.

The Ski Federation approved, and the Ministry of Tourism and Sports financed the program for the preparation for the 2022 Winter Olympics of four athletes (2 main and 2 reserve) for training camps and qualifying competitions. Training camps take place in Italy, Austria and Russia.

Uzbekistan, according to the rules of the International Olympic Committee, can still claim only 2 quotas in alpine skiing (1 woman, 1 man).

The qualification period runs from 1 July 2019 to 16 January 2022. Our country can win another ticket to the winter Olympics-2022.

“Uzbekistan has the potential to obtain several more licenses for other skiing types - snowboarding, freestyle, ski-cross, cross-country skiing. The Federation’s proposals on the development of skiing were previously prepared and submitted to the National Olympic Committee of Uzbekistan and the Ministry of Tourism and Sports,” the Federation leadership said.

Athletes Komiljon Tukhtaev and Kovaleva Valeria receive a scholarship from the Olympic Solidarity of the NOC of Uzbekistan. Olympic Solidarity provides an opportunity for athletes from all over the world to participate in the Games. Athletes in need are paid a monthly training grant as well as travel subsidies to compete in Olympic qualifying events.

“Unfortunately, this practice only applies to the Summer Olympic Games. It would be fair if such incentive prizes were paid for winning vouchers to the Winter Olympic Games,” the federation suggested.

The Winter Olympics will be held in Beijing from 8 to 20 February 2022. In the past Games of 2018, skier Komiljon Tukhtaev and figure skater Misha Ge competed from Uzbekistan.