The Deputy Director of the ISRS Sanjar Valiyev: Tashkent Conference laid the foundation for building a future model of connectivity between Central and South Asia 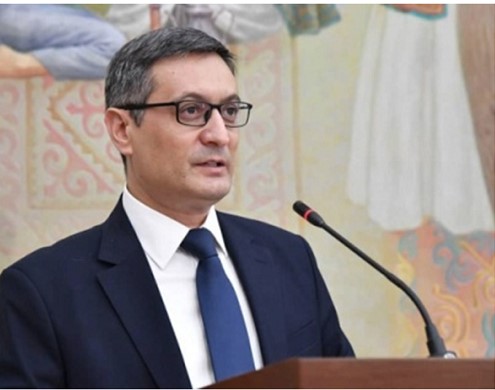 TASHKENT, August 19. /“Dunyo” IA/. This was stated by the Deputy Director of the Institute for Strategic and Regional Studies (ISRS) under the President of the Republic of Uzbekistan during the international scientific and practical conference on the connectivity between Central and South Asia, reports “Dunyo” IA correspondent.

Sanjar Valiyev focused on some aspects of the future model of connectivity between Central and South Asia, the basis of which was laid by the high-level international conference held with the participation of the President of the Republic of Uzbekistan in Tashkent on July 16 this year.

Tashkent Conference, he noted, demonstrated the high interest of the international community in the idea of sustainable development of two important regions of Asia through the revival of former political, trade-economic and cultural-humanitarian ties.

This, the representative of ISRS noted, is since such a prospect opens up new inexhaustible opportunities for dynamically developing countries of the two regions. In this context, it is especially important that in his speech at the conference, the Head of the state presented to the international community a strategic vision of Uzbekistan for the development of trans-regional ties covering such key areas as energy, transport communications, trade, security and cultural-humanitarian cooperation.

According to the expert, it is especially in demand to assess the possibilities of implementing regional infrastructure projects and developing international transport corridors that are designed to connect the countries of Central and South Asia.

The formation of new trans-regional routes will provide regional countries not only with additional supports for activating foreign economic activity, but also increase their investment attractiveness, integration into the world economy and global markets.

The event, organized by the Senate of the Oliy Majlis of the Republic of Uzbekistan jointly with the International Institute for Central Asia, the University of World Economy and Diplomacy and the Representative Office of Konrad Adenauer Foundation for Central Asia on August 18 this year in Tashkent, was attended by the heads, scientists and experts of leading research institutes and analytical centers of Central and South Asia, the CIS, the United States, the EU, the Republic of Korea, Japan and Singapore.