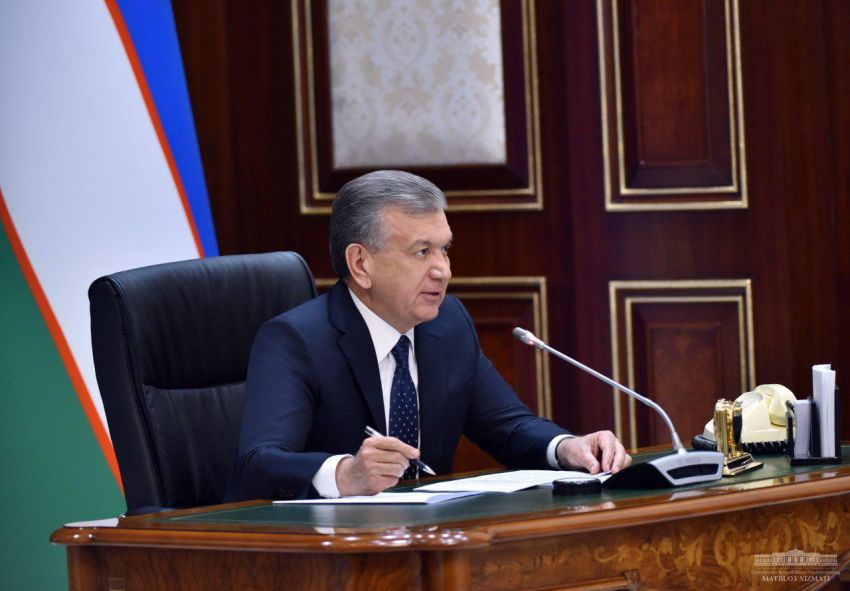 On April 10, President of the Republic of Uzbekistan Shavkat Mirziyoyev chaired a videoconference meeting to discuss the development of cluster system in cotton and grain cultivation, effective organization of spring agricultural activities, and elevation of crop yields.

It is now becoming apparent that the coronavirus pandemic, along with the threat to human life, is increasingly moving the world closer to the brink of an economic crisis. According to forecasts of international organizations, the economic damage from the virulent disease will be at least 5 trillion US dollars.

In particular, a two-fold reduction in revenue is expected in the areas of international tourism, transport and logistics. A large decline is predicted in many industries due to the destruction of production chains.

In this situation, the issue of food supply is aggravated, while some states impose bans on food exports. Therefore, agriculture and food production are becoming the most pressing issue today.

In its quite recent report, the World Bank highlighted that agriculture will be the main source of economic growth in the countries of Europe and Central Asia, paying particular attention to Uzbekistan’s great potential in this area.

At today’s meeting, the head of our state noted that from now on all hokims and sector leaders must mobilize reserves in the agricultural sector and increase production. This is the only way to partially compensate for losses in other sectors of the economy, to ensure employment and incomes of the population.

Large-scale cardinal reforms in the agricultural sphere are currently implemented in our country. In particular, the state order for cotton and grain has been forsaken, and pricing policy liberalized. The transition to a cluster system has been completed and all conditions for clusters have been delivered. The goal is to significantly boost production, create higher added value and new jobs, and most importantly, amplify income and interestedness.

For example, last year, the TST Cluster in Tashkent region’s Kuyichirchik district, the Sangzor Textile cluster in Jizzakh region’s Dustlik district received an average of 30-36 metric centners of cotton per hectare and doubled their yield. The Khanteks Cluster in Andijan region’s Kurgantepa district, where drip irrigation system had been introduced, received an average of 70 centners from each hectare of cotton fields.

These results clearly indicate that there are large reserves in cotton cultivation. As it was noted at the meeting, clusters should make full use of their capabilities and contribute to the socio-economic development of their region, and change people’s mindsets and lifestyles in a positive way.

And for this, all the necessary conditions are created. Thus, in accordance with the adopted decrees to alleviate the consequences of the pandemic, the term for repayment of loans by clusters has been extended; a number of tax preferences have been introduced for them.

The cluster leaders, who appreciated the support provided, took the initiative to increase the yield of cotton by 10 centners and grain by 20 centners.

The President stressed that all executives and farmers in the current difficult conditions should act as united and work on enhancing production.

In order to coordinate the activities of clusters, the widespread adoption of advanced techniques, an initiative was approved to organize an Association of Clusters Producing and Processing Cotton.

According to experts, this year there will be a serious shortage of water. Therefore, it is extremely important to save water resources and take measures to halve its consumption.

The Ministry of Water Resources was instructed to ensure the allocation of this vital resource on the basis of accurate calculations this year, to introduce water-saving technologies on 150 thousand hectares of fields, including drip irrigation on 44 thousand hectares.

As a result of the pandemic over the past three months, the volume of flour imports into our country decreased by almost 50 percent, of grain – by 31 percent compared to the same period last year. The current epidemiological situation requires full preparation for any situation, to create sufficient food reserves to meet the needs of the population.

Thanks to the rise in government procurement prices for grain last year, which resulted in the mounting interestedness of dehkans and thus more wheat harvested, we witnessed stable prices in the domestic market.

And this season, it was noted at the meeting, it is essential to carry out additional agrotechnical activities, swell the yield of wheat by 20 centners and take measures to obtain at least 70 centners of yield from each hectare.

To do this, it is important to elaborate scientifically based recommendations for each region and district, and correctly arrange agricultural activities by applying them. The issues of wheat feed, chemical treatment of plants against rust, pests and weeds, and of the organized harvesting were also deliberated on.

It would be rather helpful, Shavkat Mirziyoyev said, if the 102 grain clusters set up this year set a good example for farmers and put meat, fish and poultry products at affordable prices owing to surplus crops.

This means the need for more serious work to expand the range and increase food production. It should not only mean replacing imports, but also entering new export markets. Only in this way can a strong country emerge from the global crisis.

In the Bakhmal, Yangiabad, Farish and Kushrabat districts, hundreds of wells were built, and vineyards on rain-fed lands of 10 thousand hectares were laid. The meeting participants noted that it was necessary to spread this experience to all regions, to deliver drilling equipment to rain-fed areas.

It was indicated that all sector leaders should keep records of food supplies on their territory and enlarge internal capabilities.

Responsible officials of the sphere, hokims of regions and heads of clusters provided information on what organizational measures will be taken to fulfill the tasks set at the meeting. 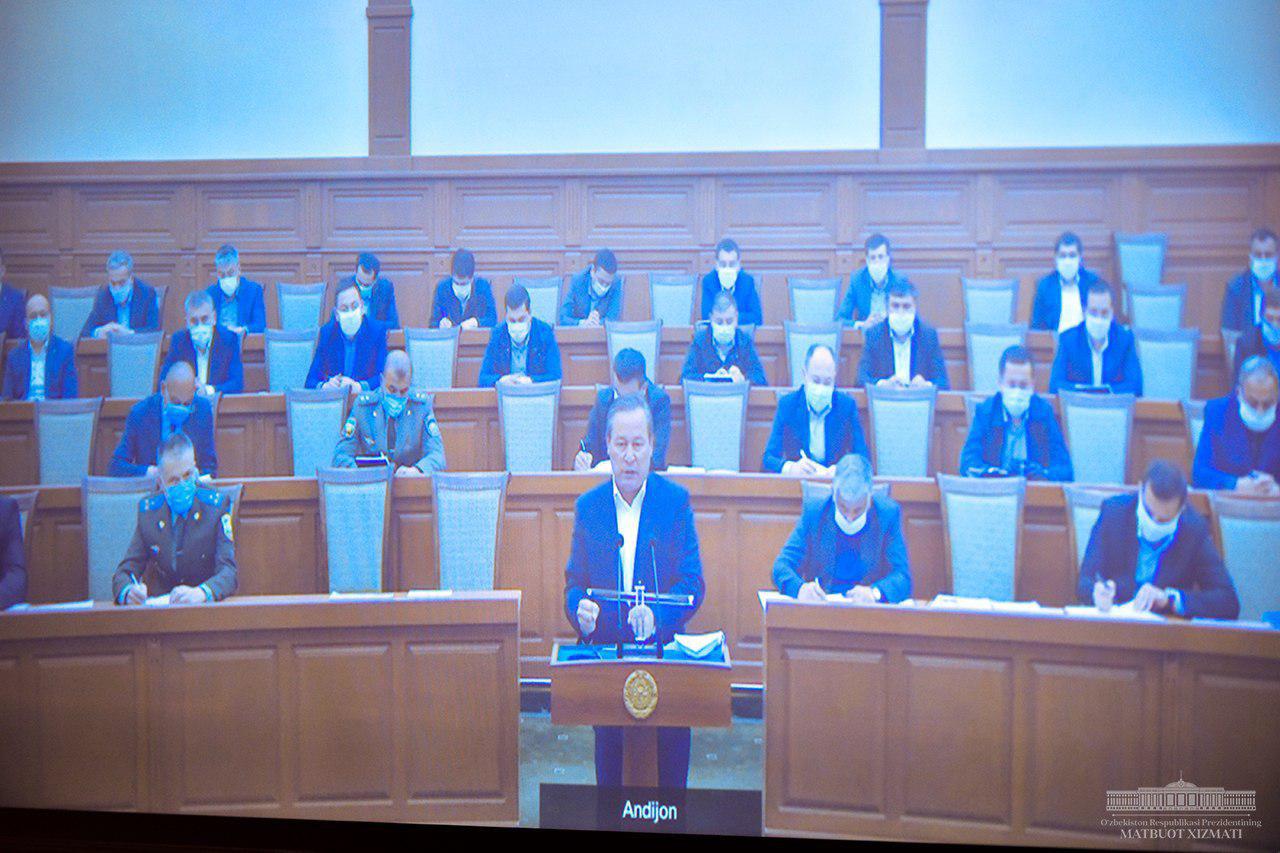