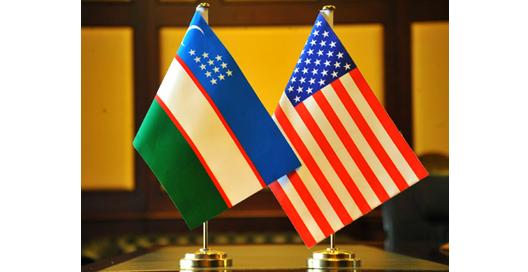 On February 4-6, the government delegation of Uzbekistan will visit the United States, which includes Deputy Prime Minister Tanzila Narbayeva and Minister of Employment and Labor Relations Sherzod Kudbiyev.

According to the Embassy of Uzbekistan in the United States, the delegation, responsible for issues of eradicating forced labor, will take part in the annual meeting of Cotton Campaign global coalition, in Washington, DC.The Cotton Campaign is a coalition of human rights organizations, trade unions, socially responsible investors and business associations united to end forced labor of children and adults in the cotton industry. The main goal of the delegation’s visit is to develop further cooperation mechanisms aimed at abolishing the so-called “boycott of major brands” of the United States with respect to Uzbekistan’s textile products.The program of the visit includes meetings with representatives of human rights organizations, the largest American associations of manufacturers, retailers and trade union organizations, the American Apparel and Footwear Association, the United States Fashion Industry Association, the American Federation of Labor, the Congress of Industrial Organizations and others, as well as leading foreign brands such as Nike, Zara, GAP, Levi’s, H&M, UNIQLO and many others.According to the Ministry of Foreign Affairs of Uzbekistan, the delegation will also hold negotiations with representatives of the White House, the leadership of the Department of State, the Department of Labor, the Office of the U.S. Trade Representative and other international financial institutions.