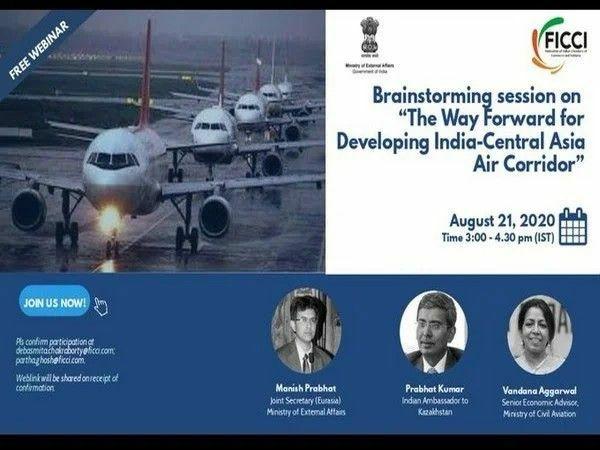 The Federation of Indian Chambers of Commerce and Industry (FICCI) hosted a webinar on “The Way Forward for Developing India – Central Asia Air Corridor”.

The event was attended by representatives of the Ministries of External Affairs and Civil Aviation of India, Delhi International Airport, representatives of air traffic of the Federation of Freight Forwarders’ Associations, representatives of airlines of Uzbekistan, Kazakhstan, Kyrgyzstan and Turkmenistan in Delhi, diplomats of Uzbekistan and India.
The Indian side noted that the current volume of trade between India and Central Asian countries is disproportionate to the current level of political relations. The presence of sufficient opportunities for the countries of the region, especially Uzbekistan, for its natural products in the markets of India and Indian goods in Central Asia, was emphasized. In this regard, special emphasis was placed on the importance of the air corridor system between India and Central Asian countries for establishing systemic work in this direction.
It was noted that the opening of such a corridor will save time and money for the transportation of goods from India to other countries in the region, in particular to Europe, and, in turn, will create good opportunities for the exit of goods from Central Asia through India to the Southeast Asian market.
Focusing on prospects for economic relations between Uzbekistan and India, the parties also exchanged views on further expansion of mutual trade, taking into account the increase in the export potential of Uzbekistan in various industries, as well as the possibility of supplying agricultural products, dried fruits, honey, citrus and melons from Uzbekistan and, in turn, bananas, mangoes and other products from India.