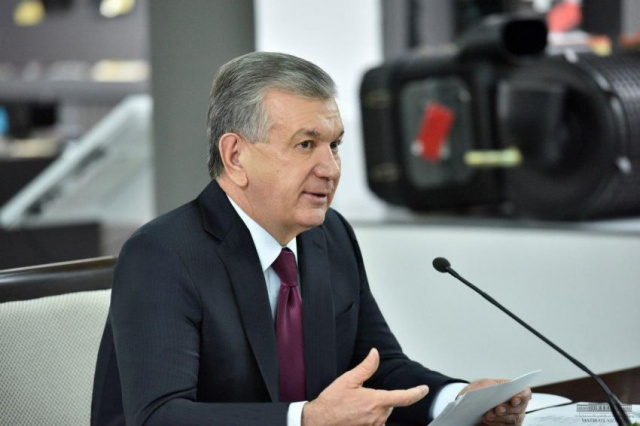 Shavkat Mirziyoyev has held a meeting on expanding industrial cooperation and localization in the regions at Cooperation LAB Center in Bektemir district.

Currently, the share of localized products in industrial production of Uzbekistan is only 4 percent. In this regard, the Head of the state signed a resolution on supporting domestic producers. According to the document, from now on, priority will be given to domestic products in public procurement. In particular, if more than two representatives of Uzbekistan participate in the tender, only their products will participate in the competition. In addition, domestic products will be given a price preference of 15 percent. From now on, representatives of local authorities will be directly involved in all purchases made at the expense of the budget.
The development of localization and cooperation using these opportunities was discussed at the meeting.

In particular, the potential for production of 1,712 components for automotive industry in Uzbekistan, which are currently imported, was indicated, which will reduce foreign exchange costs by at least 0 million. The task was set to identify regional enterprises that can master such production with creation of high added value. The need for reducing the cost of cars and increasing their competitiveness in the market was noted.
Uzbekistan has enough opportunities for production of small-scale mechanization, equipment and spare parts for agriculture, such equipment is guaranteed to be in demand. For example, spare parts of more than 120 items can be produced at enterprises and service bases that are not operating at full capacity in Bukhara, Kashkadarya, Samarkand, Syrdarya, and Fergana regions. It is advisable to create private service companies that will provide high-quality service to agricultural machinery and train specialists in this sphere.
Issues of deepening cooperation between electrical, automotive and agricultural industries were analyzed, corresponding tasks were defined.
“It is impossible to imagine the value chain and new industrial development without cooperation between industries and regions”, said Shavkat Mirziyoyev. Reports of heads of industries and regional khokims were presented at the meeting.