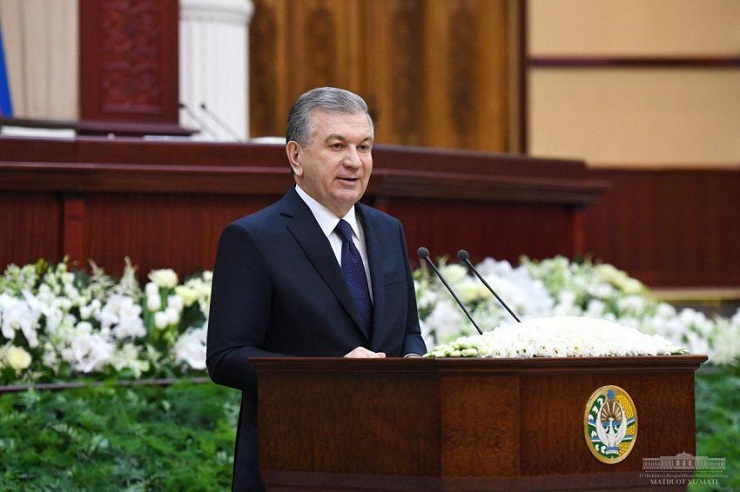 President of Uzbekistan Shavkat Mirziyoyev is delivering the speech at the event.

The head of state saluted the deputies for granted trust of the nation: “Our people has high hopes on you. They elected you as members of Parliament”.

“Election of deputies of the Legislative Chamber of the Oliy Majlis and local Kengashes was a political test for Uzbekistan,” stated Shavkat Mirziyoyev.

The head of state highlighted that the new parliament comprises 9 youth members and 48 women, states the Press-service of the President.

The parliamentary elections boosted the growth of political engagement of the people, increased bоth the trust and demand toward the parties.

“Parties expressed a range of promises to find solutions to the problems of our people. Time to meet their expectations. You need to clearly understand your tasks and put the nation’s interest at the forefront,” said the President.

In addition, he said that fractions of political parties in the lower chamber of the parliament will need to determine clear plans for the future and bring them into life.

The head of state also noted that parties made certain mistakes during the campaign and reinforced the necessity of improving legal framework of national electoral system.

Members of administration, heads of ministries and agencies, mass media representatives are attending the event.