ISRS Deputy Director: The Head of Uzbekistan proposed to create a specialized structure of the newly created Organization of Turkic States for the Protection of the Environment 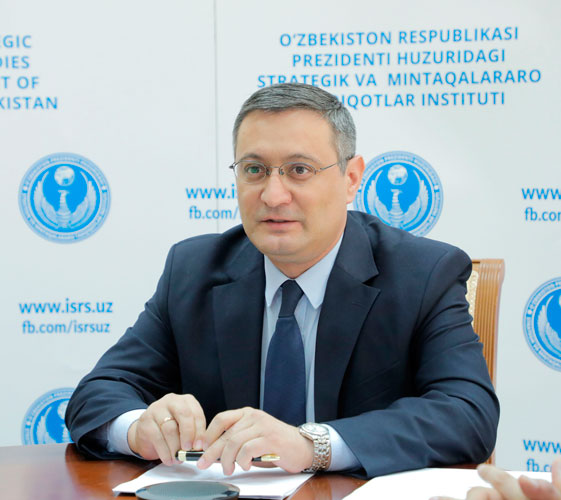 TASHKENT, November 15. /“Dunyo” IA/. Deputy Director of the Institute for Strategic and Interregional Studies (ISRS) under the President of the Republic of Uzbekistan Sanjar Valiyev commented for “Dunyo” Information agency on the results of the summit of the leaders of the Organization of Turkic States.

- The summit of the heads of the Turkic states in Istanbul, held on November 12, was full of the adoption of several strategic documents defining further cooperation, such as the “Turkic Vision 2040”.  President of the Republic of Uzbekistan Shavkat Mirziyoyev put forward a whole range of proposals on specific mechanisms for joint activities of the Turkic states aimed at developing trade, transport, digitalization, science and technology, as well as other key areas of cooperation.

At the same time, the initiative of the Head of the state to create a specialized structure of the newly created Organization of Turkic States for the Protection of the Environment, which would function in cooperation with the UN, deserves special attention.

The position of the President to the problems of climate change and environmental problems is not accidental. These negative processes in Central Asia are taking place much more intensively than in many other regions of the world. In Uzbekistan, they are manifested in an increase in the number of dust storms, land degradation, and a decrease in water resources.

In connection with the increasing urgency of environmental problems at the 76th UN General Assembly, it was announced that Uzbekistan is ready to host the Sixth UN Environment Assembly at a high level in 2023 to discuss the priorities of global environmental policy.

In recent years, Uzbekistan has been taking several comprehensive long-term measures to minimize the consequences of the Aral Sea disaster and reduce the negative impact of climate change. The implementation of the National Strategy for the transition to a green economy and the Program for the development of renewable and hydrogen energy has begun. As part of the measures taken, energy efficiency will double by 2030, and the share of renewable energy will reach at least 25%.

Decisive actions are being taken to combat drought and water shortages, mitigate the consequences of the Aral Sea disaster and develop the Aral Sea region.  To join efforts with interested partners, in 2022 in the Aral Sea region, in Nukus city, in cooperation with the UN, a high-level international forum on green energy will be held. This event will become an important step in the implementation of the UN General Assembly Special Resolution approved in May this year on declaring the Aral Sea region as a zone of environmental innovations and technologies.

Moreover, at the recent global climate conference in Glasgow, the Uzbek government made an additional commitment to reduce greenhouse gas emissions per unit of GDP by 35% by 2030 compared to 2010. Achievement of this goal will be ensured through the national Low-Carbon Development Strategy, which envisages achieving carbon neutrality by 2050.

Other Turkic states also attach great importance to environmental issues. Taking this into account, the creation of a specialized structure of the Organization of Turkic States in the Aral Sea region will give consistency to joint work in this direction and will draw additional attention to the problem of the Aral Sea – the main ecological catastrophe in the Turkic world. Such a structure will assist the Turkic countries in solving the problems of environmental protection and sustainable development by promoting dialogue and cooperation between all stakeholders.

It can be expected that already by the first summit of the transformed Organization of Turkic States, the residence of this institution will be opened on the territory of Uzbekistan.