First Deputy Director of the ISRS: the suspension of aid to Afghanistan will worsen the already difficult situation of the long-suffering Afghan people and will cause an increase in negative trends in the development of the situation in the country 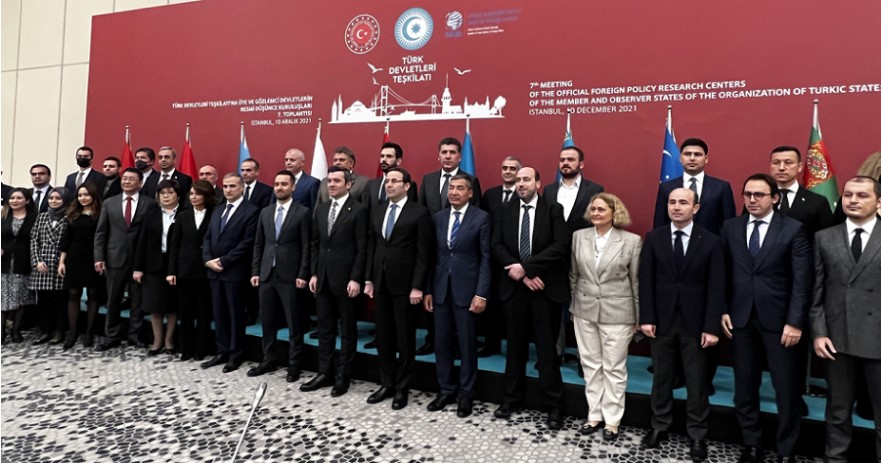 TASHKENT, December 11. /“Dunyo” IA/. Yesterday, Istanbul hosted the 7th meeting of the research centers of the member states and observers of the Organization of Turkic States, reports “Dunyo” IA correspondent.

First Deputy Director of the Institute for Strategic and Regional Studies under the President of Uzbekistan Akramjon Nematov addressed the session «Sustainable Development in Central Asia: Possible Areas of Cooperation for the Stability of Afghanistan» and suggested possible areas of cooperation within the Organization of Turkic States on Afghanistan.

First, he noted, the states of the Organization should consolidate and coordinate joint efforts in providing humanitarian assistance to the Afghan people. «We all understand that the suspension of aid to Afghanistan will worsen the already difficult situation of the long-suffering Afghan people and will cause an increase in negative trends in the development of the situation in the country. For these purposes, it is possible to use the infrastructure of the international logistics center in Termez, which is already used by UN structures for humanitarian assistance to the neighboring country».

Second, it is important to unite efforts and use the potential of the Organization’s states to implement socio-economic and infrastructure projects in Afghanistan, to promote the development of a long-term post-conflict strategy concerning this country, which will contribute to its economic reconstruction and involvement in regional and global economic relations.

Third, the expert considers it necessary to deepen cooperation between countries in such areas as strengthening state borders, increasing the capacity to counter-terrorism and extremism, as well as drug trafficking.

Fourth, the countries of the Organization could cooperate in education and training Afghan youth in most in-demand fields for Afghanistan at the Termez Education Center.

«After the change of power in Afghanistan, there was a «brain drain», and the country is experiencing an acute shortage of qualified personnel in healthcare, education, agriculture, construction, transport and others», Akramjon Nematov stated.

The event is organized by the Ministry of Foreign Affairs of the Republic of Turkey in cooperation with the Organization of Turkic States and the Center for Strategic Research of Turkey (SAM). The meeting was attended by more than 40 prominent scientists and experts from leading research institutes and analytical centers of Azerbaijan, Hungary, Kazakhstan, Kyrgyzstan, Turkey and Uzbekistan.