Ambassador of Kyrgyzstan held a briefing 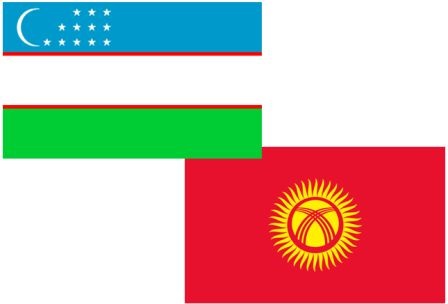 A briefing on “Cooperation between Uzbekistan and Kyrgyzstan in 2017 and prospects for its development for 2018” was held at the Embassy of the Kyrgyz Republic in our country.

The Ambassador Extraordinary and Plenipotentiary of the Kyrgyz Republic to Uzbekistan Daniyar Sydykov and others informed journalists about the new stage of cooperation between Uzbekistan and Kyrgyzstan and ongoing large-scale activities on its further development.

2017 became a historic milestone in development of cooperation between our countries. In one year, the Presidents of Uzbekistan and Kyrgyzstan met six times, many intergovernmental, inter-parliamentary and inter-departmental visits, business forums, exhibitions of national products were held. The first international motor rally on the route “Tashkent – Andijan – Osh – Irkeshtam – Kashgar” was successfully conducted. Direct links between the border territories have been established, which has created an opportunity for the population living on bоth sides of the border to visit relatives and friends.

It was noted at the briefing that the first foreign official visit of the President of the Kyrgyz Republic Sooranbay Jeenbekov to Uzbekistan, held on December 13-14, 2017, was another bright embodiment of the principle “Central Asia – the main priority in foreign policy of Uzbekistan”. The agreements reached within the framework of the visit show that confidence and cooperation between our countries are being strengthened at a new level.

On December 23 of the current year, the opening ceremony of the first flight of “Air Manas” air company on “Bishkek – Tashkent – Bishkek” route took place. On December 25-27, the third meeting of the working group consisting of representatives of Uzbekistan, Kyrgyzstan and China was held in order to implement the agreements on construction of the railway “Uzbekistan – Kyrgyzstan – China”, in Tashkent.

It is planned to further promote trade-economic contacts along with all spheres, increase mutual trade to 500 million US dollars in 2018. In our country, it is planned to hold Days of culture and art of Kyrgyzstan, widely celebrate the 90th anniversary of the birth of Chingiz Aitmatov.

Today, an atmosphere of fruitful cooperation has developed between our countries. Over the past year, achievements equal to a decade have been achieved. All this is the result of wise policy of the heads of the two states aimed at expanding and strengthening centuries-old friendship and good-neighborly relations between our people.