Over 100 metal objects found at the archaeological site of Varakhsha 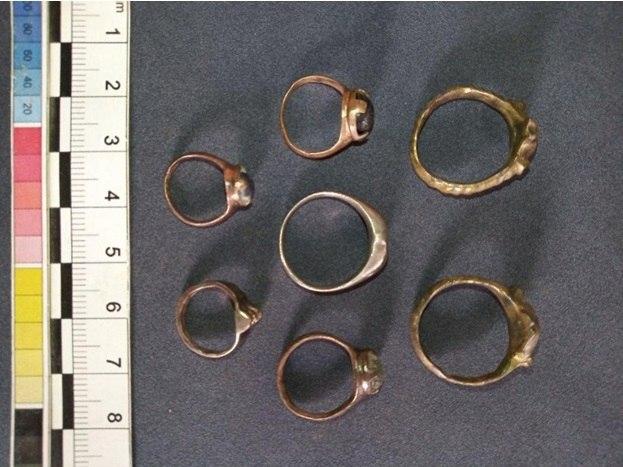 More than 100 metal objects found at the archaeological site of Bukhara’s Varakhsha will be preserved in the laboratory of the cultural heritage, Bukhara regional division of the Department of Cultural Heritage reports.

The National Archaeological Center of the Academy of Sciences of the Republic of Uzbekistan and the Division of the Department of Cultural Heritage of Bukhara region are conducting research at the objects of archaeological and cultural heritage in Varakhsha settlement of Bukhara region’s Jondor district.
Archaeologists from Uzbekistan and the United States (New York University) are conducting research on the monuments of Varakhsha settlement of the oasis, which in ancient times was developed thanks to the waters of Zerafshan, but later became a desert zone. As a result of the excavations, more than 100 metal objects of copper, bronze, silver and lead of the 11th-12th centuries were found. These findings are currently being cleaned of layers of corrosion in a restoration laboratory.
Thus, the study, cleaning, repair and conservation of metal exhibits, divided into several types, related to the history of ancient Bukhara, began.
Bukhara Regional Department of Cultural Heritage also participates in the research of 287 archaeological sites in the region. Dozens of artifacts found in the area of the historical monument Poykent in Karakul district, or in the ancient Shakhristan of Bukhara, have been restored and transferred to the museum-reserve. Some of the artifacts found are undergoing a conservation process and are being prepared for transfer to the museum after their historical data is established.